What are Mole Crickets?

Mole crickets are a serious problem for many homeowners, who experience frustration at the damage that this species of insect can cause to turfgrass, flowers, and vegetables.

What Are Mole Crickets?

These pests are particularly destructive because their “hands” are uniquely adapted for digging, which allows them to tunnel through the soil, causing damage to the quality of your soil and existing root and irrigation systems. Sod farms, home lawns, golf courses, and pastures are all vulnerable to mole crickets. In particular, bahiagrass and bermudagrass are the two types of turfgrass most at-risk for mole crickets.

How Do Mole Crickets Cause Damage?

As their name suggests, mole crickets make tunnels through the ground, damaging grass roots and causing the earth to bulge upwards in their wake. They also eat the roots and shoots of grass, causing ugly brown patches which are often the first sign of a problem.

When Are Mole Crickets Active?

Mole crickets are the most active from late August to early October. Mole crickets only breed once per year, and typically lay eggs in April and May. They are nocturnal, so they do most of their damage at night. This often means waking up from a great night’s sleep to a patchy lawn of failing vegetables - not a fun experience!

What Are Signs of Mole Crickets?

The easiest way to tell if you are dealing with mole crickets is to mix 1.5 ounces of liquid dishwashing soap into 2 gallons of water, and then sprinkle the mixture over 4 feet of turf. You can tell if corrective action is needed if two to four mole crickets appear within three minutes of applying the mixture.

How Can You Get Rid of Mole Crickets?

Mole cricket control depends on the season and current life stage of the mole crickets. Treatment in spring may reduce tunneling damage, but may not be as effective as treatment later in the summer, because you are attacking the more vulnerable nymphs, not just the fully mature adults.

Biological controls such as predatory insects that include the crabronid wasp, tachinid fly, and parasitic nematodes, which attack the adults, can be applied in the spring before the female mole crickets lay their eggs.

Chemical insecticides, such as Imidacloprid (Bayer Advanced, Merit) can be applied in early June or July to kill the small nymphs. You can also attempt to control mole cricket growth with sprays, granules, or baits, which are best applied overnight when the temperature is at least 60 degrees F.

Here are some other articles that may interest you: 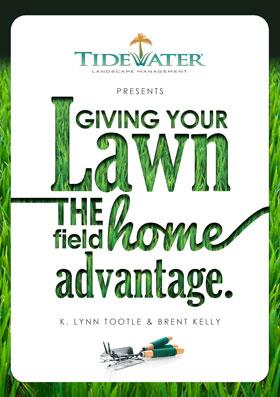 K. Lynn Tootle is the General Manager of GroMasters Inc., a division of TideWater Landscape Management Inc. Lynn is a certified arborist and turf grass professional, a past president of the Coastal Landscape and Turf Professional Association and a graduate of the Urban Ag Leadership program. He graduated from Clemson University in 1999 with a BS in Wildlife Biology and a minor in Forest Resources.